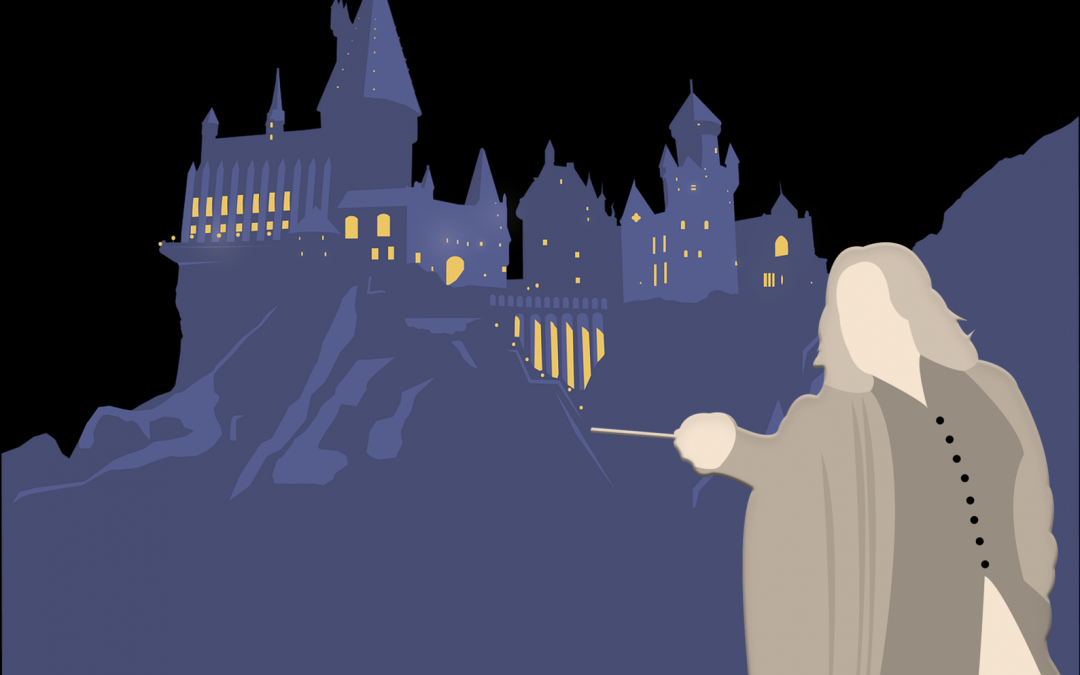 Anyone who has either watched or read the Harry Potter series knows and has an opinion of Severus Snape. Many fall on one side of the aisle. Some argue he’s a saint. Others argue he’s demon spawn. From my observations, this is strongly contingent on whether a Potter fan has only watched the movies – the late Alan Rickman brought a deeply human element to Severus Snape, and many of the worst interactions between Snape and his pupils did not make it onto the big screen. Thus, those who know the entire story of Harry Potter are far more prone to hating Professor Snape, sometimes even more than Harry ever did himself.

There lies an intriguing paradox.

It’s been 13 years since The Deathly Hallows was released to the world in novel form; 9 years since Part 2 of the movie. In the years since, fans have been screaming at each other regarding Severus Snape’s character. Compare this to the 8 years between the Battle for Hogwarts and the birth of Harry’s youngest son, Albus Severus, and there is a curious anomaly – we fans have taken longer to forgive Severus Snape than Harry Potter.

I am also a Harry Potter fan. I have also wrestled with the character Severus Snape ever since I first read the series. I originally fell on the side of ‘Snape as Saint’, but as a young writer in charge of many different characters – good, bad, and neutral – I began to appreciate his complexity. He is not a saint…but neither is he the villain. He is, in fact, the most human character of the entire series.

Before any of you Snape-loathers get started, allow me to paint a picture of the world from Snape’s point of view. Raised in a poor household, his muggle father and witch mother frequently argued over magic. While stuck with his father’s surname, Severus obviously felt closer to his mother – so much that he invented the codename “Half-blood Prince” as an homage to his mother’s maiden name.

Meeting Lily Evans gave Severus a chance to have a friend, and a friend with magic, at that. Unfortunately, because of the negative impact his father made on his young mind, Severus never had a chance to see a mutually respectful relationship between a man and a woman. Having only ever seen controlling and abusive behavior, Severus saw the world through the lens of power, of those who have and those who don’t. After being abused throughout his childhood, he would naturally want power – to defend himself from his enemies.

Now, can you think of who offered that potential more than any other wizard during the years Severus was in school? I can – Voldemort.

Thus begins the slow but steady downfall of young Severus. Surrounded by older Slytherins who prized their pureblood lineage and sought to gain the power Voldemort offered, Severus was quite easily led on the path to self-destruction. Lily Evans tried to warn him about the bad characters he hung out with, but he was so focused on the fact she did not like James Potter that he didn’t hear the condemnation of his friends and their ideas.

The rivalry between him and James – to which both are guilty of escalating – did not help his ability to see clearly. Psychologists and counselors know well that when the mind is in a survival state (fight, flight, or freeze), all activity in the frontal lobe – the logic control center – stops. This is exemplified when Severus calls Lily the slur “Mudblood” after she tries to help him during a losing battle with James. Understandably, the last thing Severus wants after being unfairly targeted by a group of boys far stronger than he could ever be is to be offered assistance by a girl – any girl. But in the fit of rage the Marauders send him into – jinxing him just for the fun of it – and with no way to fight back, Severus falters long enough to refuse Lily’s help in the most offensive way possible. Lily handles it well, stating that she will not offer her help in the future. She also condemns James Potter for his actions as he attempts to blackmail her into going on a date with him. Lily then leaves James without a date and Severus without a helping hand to fight his tormentors. Only then does Severus realize he seriously messed up. He tries to apologize, begging to see her in the middle of the night. She refuses his apology, asking if – after all that time of hanging out with Purist Slytherins – that is how he now sees her: a filthy Muggleborn instead of his best friend since age 9. Rightfully so, she cuts him off entirely.

Severus Snape now had two choices: take in everything she had been trying to tell him for years and change his attitude and character, or dive deeper into his pursuit of power in any form necessary.

Well, we all know which route he took, but let’s not forget a few things: Severus did not have a loving father. He never saw his father apologize to his mother for anything. Thus, when Severus really needed to know how to apologize – not just with words, but actions – he neither had the knowledge nor skills to do so. As always, he was stranded up a creek of his own making without a paddle. So, he took the only route he knew – delve deeper. Severus became incredibly skilled at potion-making and the Dark Arts. He even invented spells and changed potion recipes before graduating Hogwarts. He then joined Voldemort with the rest of his friends, gaining the power he’d sought his whole life to defend himself.

Once again, he didn’t realize how seriously he had messed up until he delivered Trelawney’s prophecy about the Chosen One to Voldemort – and learned Voldemort’s target was the son of Lily Evans, now Lily Potter.

Naturally, he couldn’t take back anything he said – Voldemort would have perceived this as weakness and probably killed him. In desperation, he turned to Dumbledore, begging him to hide Lily. True, he didn’t care what happened to James and Harry – true, Dumbledore called him out on this. Also true was the fact Severus demanded that Dumbledore never share his love for Lily with anyone. When Lily died at the hands of the wizard Severus thought would be his steadfast rock, the stand-in for the father that barely had anything to do with him, Severus lost everything. He took up his position as potions-master as he had promised Dumbledore, and waited ten long years for the son of his best friend and his greatest enemy to come to Hogwarts.

Ten years is a long time to wait. We see the toll it takes on Sirius Black in Azkaban. What we don’t see is the toll it takes on Severus Snape. True, he didn’t go to Azkaban. But he didn’t need to. His Azkaban was waking every day with the knowledge that the young woman he had loved was gone because of his inability to see clearly, to anticipate the consequences of his actions. To then wake every day for the next seven years knowing that her son’s life was in his hands would bring an onslaught of guilt, regret, and self-loathing that I cannot imagine.

Severus’s obsession over Lily and her choice to marry James does not by any means justify his treatment of Harry, Ron, Hermione, Neville, and Gryffindors at large. But it does explain it. And if there is anything I have learned over the past five years from experiencing my own relational hurdles, it is that the first step to forgiving someone is to understand where they are coming from. That takes work. A lot of work. It’s not something you accomplish in a few days, or even a few weeks. It takes years. Most people aren’t willing to take that time.

Yet that is exactly what Harry Potter did.

No, he would never like Severus Snape. But he would be able to forgive him, even show his respect by ensuring Snape’s portrait in the headmaster’s office. Only after eight years of reflecting, processing, and struggling with the memories Severus bequeathed to him, as well as his own experiences as Severus’s student, was Harry able to name his youngest son after him. Only after another eleven years was Harry able to tell his son that Severus was probably the bravest man he had ever known.

Whether we like it or not, we are all in the same boat as Severus Snape. We’ve had moments of triumph and moments we deeply regret. We’ve been loved, abused, praised, and trodden upon. We’ve struggled, fallen, and gotten up again.

Severus Snape is a powerful lesson to us all. He reminds us how human we all are, how far we can fall, and how hard it is to climb out of the hole we’ve dug for ourselves. He also reminds us how important friends are. Harry had good friends that were willing to put themselves at risk to help him; Severus did not. If he had, his story may have turned out very differently.

For readers, it’s been 13 years. For viewers, it’s been 9. Harry Potter had 8 years to see Severus Snape for the deeply flawed human being he was, process this knowledge as a mature adult instead of a biased teenager, and forgive him. It’s time we all do the same.

Check out my book!