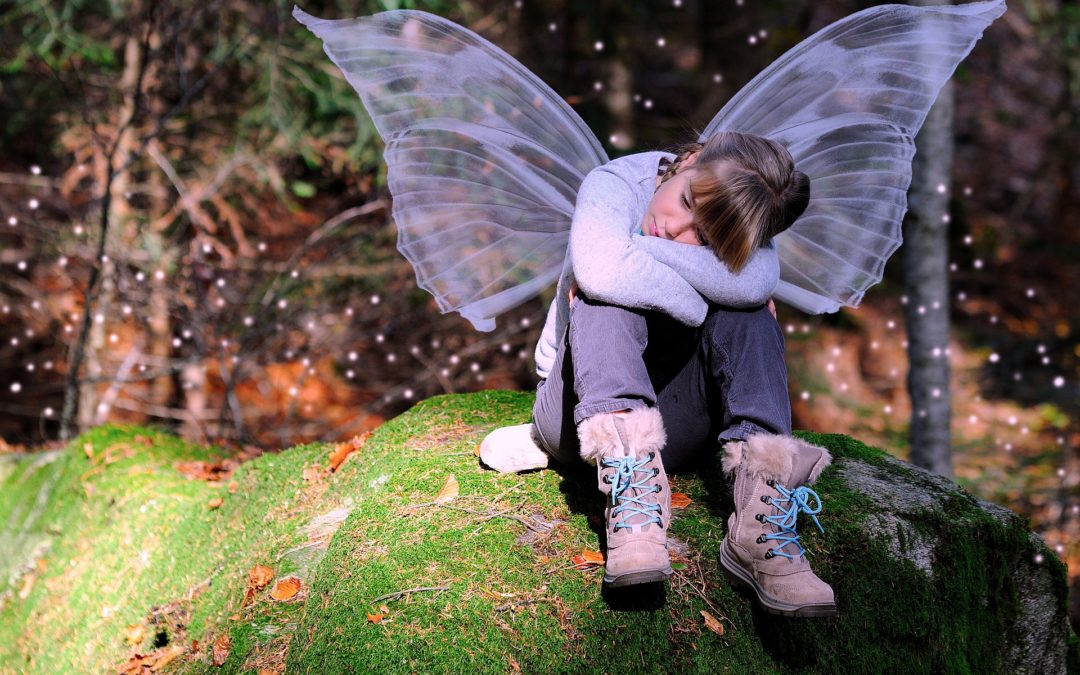 I was raised with the Chronicles of Narnia, the Hobbit, and the Lord of the Rings, all read aloud by my dad after dinner. Talking animals and magical creatures were an abundant part of my childhood. I also loved reading stories about the fairies of Neverland. But while I grew older, the fairy genre did not – it became harder to find fairy tales for tween and teen audiences that weren’t dark, twisted reinterpretations of Cinderella and Snow White, or plagued by vampires and werewolves. That’s when I decided to do something about it. I wrote NeverSeen because it was the kind of story I wanted to read, and if I wanted to read it, then others would probably want to read it, too.

As first illustrated in NeverSeen, the fairies of Faeland are very much like us – different skin tones, hair colors, temperaments, and ages. The main distinction is that each one has a pair of large butterfly wings, as unique as the fairy they belong to. This is a trait common to the general perception of fairies. That, however, is where the similarities between children’s fairies and my fairies end. While there are plenty of implications of their size – they dwell in trees and keep hummingbirds as pets – I’ve never elaborated on how big they actually are. And, as revealed early on in NeverSeen, some fairies have supernatural powers.

So, what do you envision when you think of fairies? Miniature children playing among flowers? Winged warriors defending their realm? Mages calling the natural world to their aid? Capture that image in your mind, then go read NeverSeen to find out what kind of fairies live there!